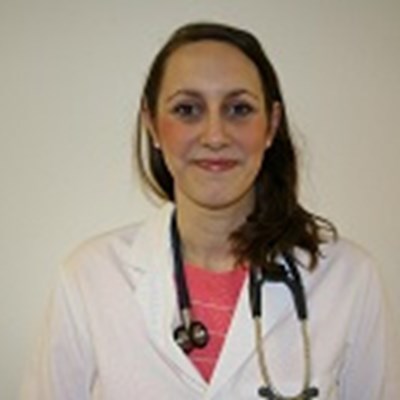 Jenny graduated from the Faculty of Veterinary Medicine, University of Glasgow in 2005. Following this, she undertook a small animal rotating internship at the Royal Veterinary College in London. She then spent a short spell in small animal practice before returning to Glasgow to undertake a residency in Oncology and Internal medicine. Jenny obtained her RCVS certificate in small animal medicine in 2008. She passed her ECVIM certifying examination and became a Diplomate of the European College of Veterinary Internal Medicine in September 2012.

In 2010, Jenny accepted a position as Oncology Clinician at the University of Glasgow Small Animal Hospital, where she is now a Senior Clinician. She has a keen interest in veterinary haematology and has seen first-hand the lifesaving effects that blood transfusions can have in many of her own patients over the years.

Jenny has been married to Dermot (who is also a vet) since 2010 and they have two daughters and a son. They enjoy getting out in the Scottish countryside with their jackadoodle Rosie in their spare time.